This week I couldn’t resist a pre Royal Wedding visit to Windsor Castle. You can read my post here. Along with visiting the State Apartments I had the privilege of visiting St George’s Chapel.

Quoting from my post Royal Weddings at Windsor Castle: a History;  ‘the Chapel has centuries of significance for the royal family and is the last resting place of many previous monarchs and their consorts, including King Henry VIII and his third queen, Jane Seymour, King Edward the IV and his queen Elizabeth Woodville and King George V and his consort Queen Mary, the present queen’s grandparents.’ 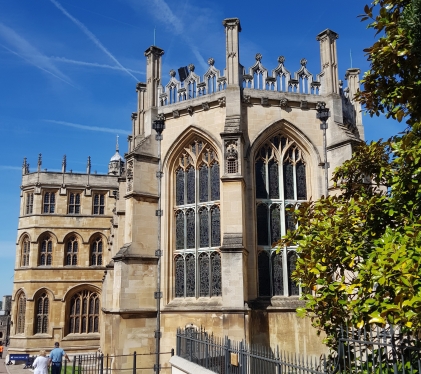 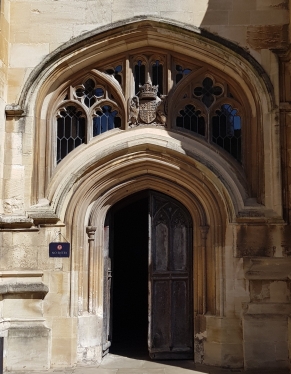 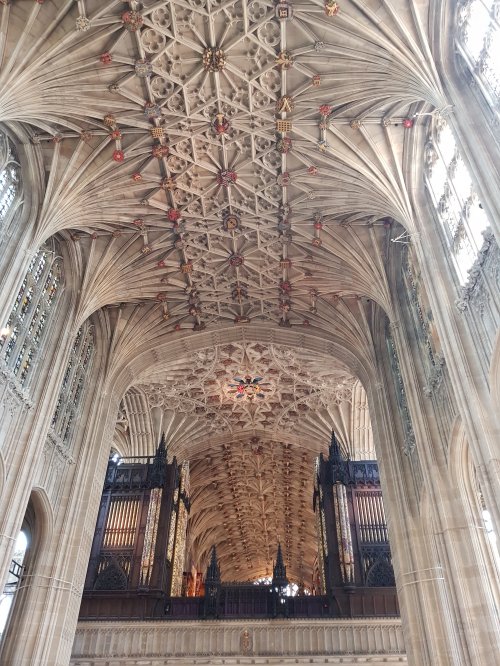 I walked around with a smattering of other visitors and used to visiting grand properties that have a no flash photography rule I completely forgot (honest) and snapped a few pictures inside the historic church on my phone – which, by the way, is permanently set to no flash. So I, slightly embarrassed at my transgression, can offer a sneak peak of the Chapel five days before the Royal Wedding. 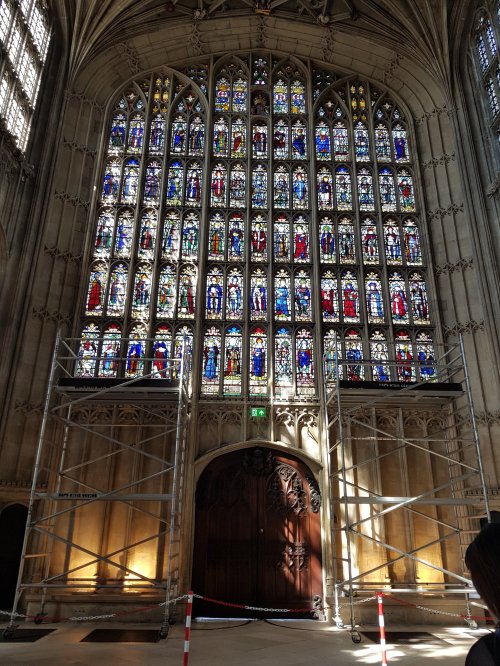 Above is the exquisite stained glass window that is situated over the West Door, where the Duke and Duchess of Sussex entered and exited St George’s Chapel.

Below left is the tomb and effigies of King George V and Queen Mary, Queen Elizabeth II’s grandparents. To the right is the ledger stone marking the grave of King Henry VIII.

Usually when faced with a no photography rule I am very law-abiding and having previously been in the position of volunteer at Historic Royal Palaces, I have been known to police the odd camera set to flash on occasion. I would recommend buying  official postcards of any property that prohibits using cameras and I follow my own advice when required in stately properties, ecclesiastical buildings and exhibitions.

Images author’s own unless stated

4 thoughts on “Windsor Castle: a Visit to St George’s Chapel”