On a trip to Dorking, Surrey, I came across this plaque commemorating the home of Pilgrim Father William Mullins. He lived at 58 West Street and it is the only surviving home of a Pilgrim Father.

The building dates from the late sixteenth century. Mullins bought it with a mortgage in 1612 and sold it in 1619. He ran a successful shoe shop and was one of the passengers recruited to help fund the voyage, a ‘stranger’, rather than the religious separatists, so-called ‘saints’, who initiated the voyage across the Atlantic.

Mullins sailed on the Mayflower with his wife Alice, daughter Priscilla and son Joseph. Two adult children remained in England. His servant, Robert Carter, accompanied the family, who also travelled with a large amount of stock from his business that would have formed one of the first businesses in the New World. 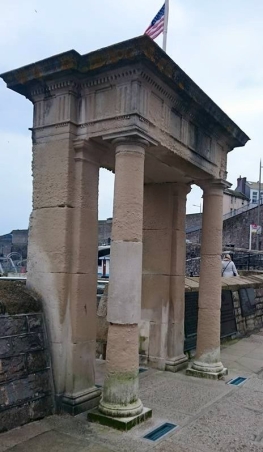 The Mayflower sailed from Plymouth, England, on 16 September 1620 and arrived at Cape Cod, north-east America in November 1620. 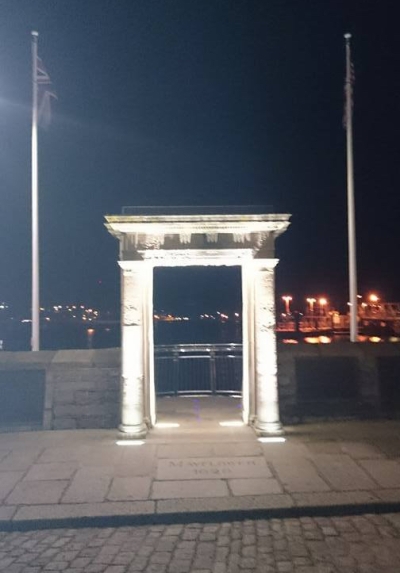 William Mullins died on 21 February 1621, three months after disembarking the Mayflower. His wife, son and servant died a few months later. Priscilla married John Alden, from Harwich, Essex, in 1622, who also made his way to America on the Mayflower, as a cooper responsible for the ship’s barrels.

Priscilla has her own story and two hundred years later she was the heroine of Henry Wadsworth Longfellow’s narrative poem, The Courtship of Miles Standish. The poem describes Alden proposing marriage to Priscilla on behalf of his superior, Captain Standish. She retorts: ‘Why don’t you speak for yourself, John?’

Priscilla and John settled in the new town of Duxbury and had ten children. Alden held a number of important administrative posts in the colony. Former presidents John Adams and John Quincy Adams claimed descent from the Aldens.  One can imagine, claiming descent from a Mayflower passenger is an important claim to fame when running for president.