Britain got her first post boxes during the 1850s. Apart from a short period when we posted mail in ‘anonymous’ post boxes, so called as they did not carry a royal cipher, (sometimes spelled cypher), the Post Office quickly settled on using the cipher of the reigning monarch on all letter boxes. 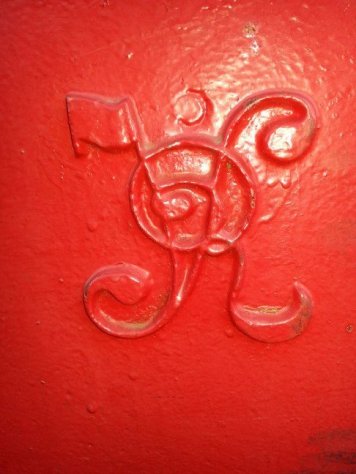 VR stands for Victoria Regina, regina being latin for queen, denoting that Queen Victoria was monarch when the box was installed. The cipher is the easiest way to approximately date a post box as you can link it to the monarch on throne at the time of casting and installation. 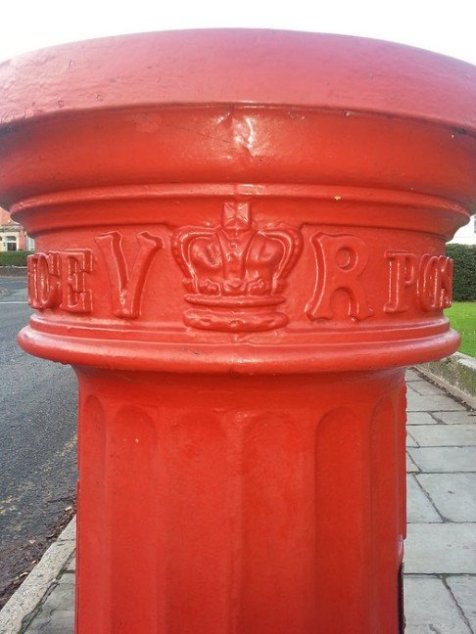 Above left is the VR wall box and right, is the fluted pillar box, both with a pared down Victorian cipher: the letters V and R separated by a crown.

Above left is the pillar box cipher of King Edward VII. This cipher, much like Edward, is bold and extravagant, on the right is the EVIIR wall box, which is much plainer. EVIIR explained: E is for Edward and R is for Rex (latin for king), the number seven written in Roman numerals tells us that he is the seventh British monarch named Edward.

Above left is the plain GR cipher that denotes the box was situated during the reign of King George V. He was a simple man and unlike his father chose a simple cipher and did not add the letter V, Roman numeral for number five, for he was the fifth King George. As seen with the two wall box examples above there were slight variations on the theme.

Note the GR Ludlow box above, its cipher is slightly more elaborate than the usual plain King George V emblem. 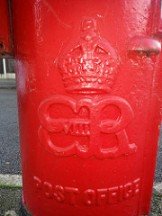 Above are three examples of the short-lived King Edward VIII – EVIIIR – cipher. King for less than a year, these are the rarest of the royal ciphers to locate.

Above are examples of the cipher of King George VI, he was son of George V and brother to Edward VIII. The gold-painted cipher in the centre is from a rare Type C box in the centre of London. 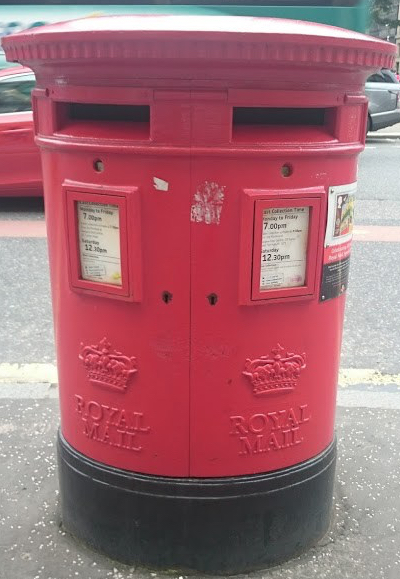 Above left is the EIIR royal cipher for Queen Elizabeth II and to the right the Scottish crown cipher of EIIR that is used north of the border. Scotland objected to the cipher of Queen Elizabeth II as they had never had a Queen Elizabeth I. Nationalists failed to notice at the time that they’d never had a King Edward VII or VIII for that matter, and they didn’t complain when their pillar boxes were placed in situ. Indeed, the first pillar box adorned with Edward VIII’s royal cipher was placed in Balmoral, Scotland. 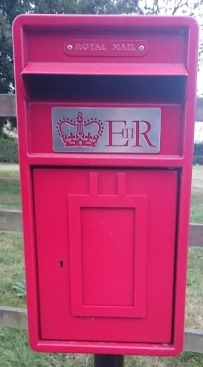 Above are examples of lamp boxes placed during the reign of Queen Elizabeth II. The first is an English cipher and then the most recently designed lamp box and cipher. Centre is the English version and to the right is the Scottish crown.

10 thoughts on “Royal Ciphers on Postboxes: a Brief Guide”