This weekend I made a return visit to Hampton Court Palace.

I’ve said it before that I’m lucky to live so close to so many of London’s historic venues. 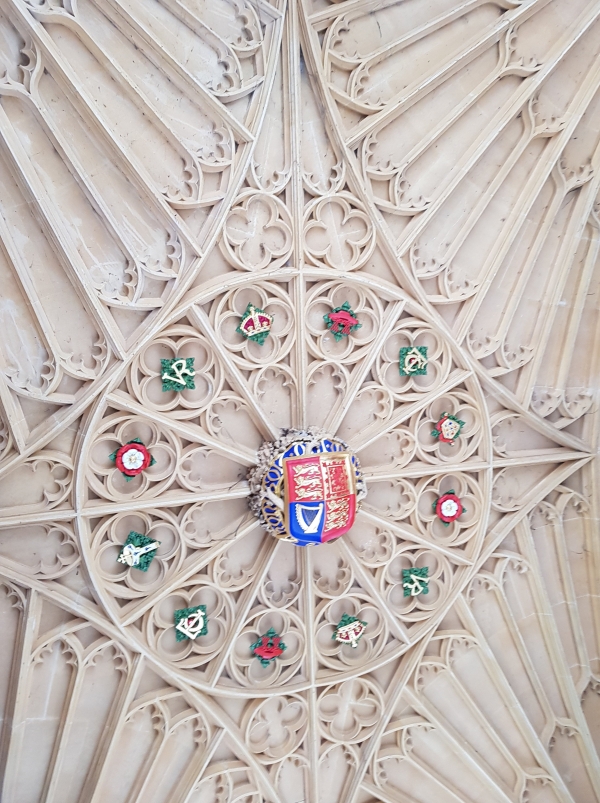 I walked through the portcullis at the West Gate to enter Base Court and happened to glance up at the ceiling and the above picture is what I saw.

Looking up at the ceiling became a feature of this visit. 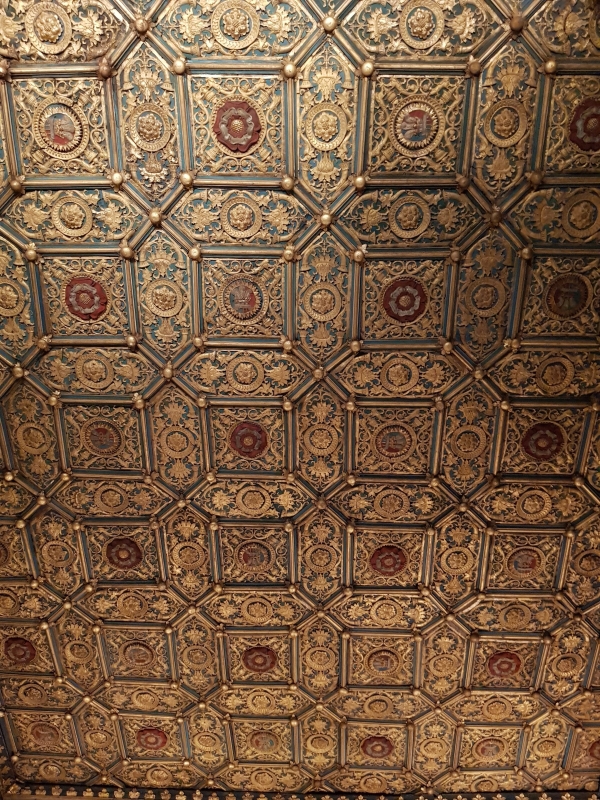 The room housing the Henry VIII portrait by Hans Holbein in the Cumberland Art Gallery not only had a beautiful ceiling, it had a pretty impressive frieze.

In the Georgian apartments (below) there are wonderful trompe l’oeil effect ceilings that draw the eyes upwards. 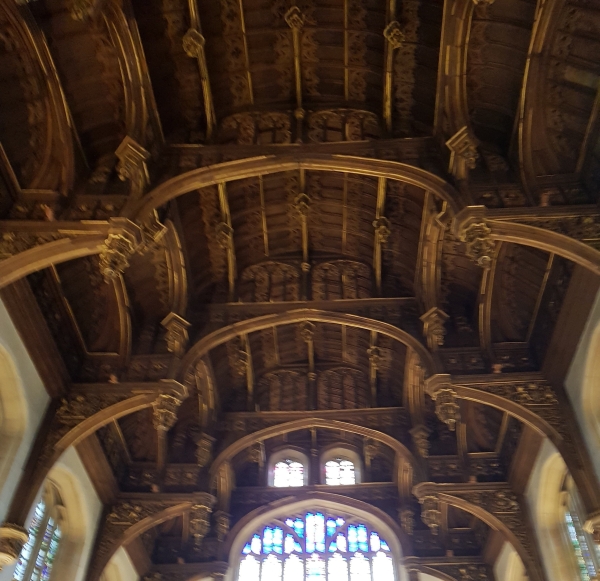 The Great Hall of Henry VIII is covered by a hammer-beam roof. This space was used by Shakespeare’s company, who performed for King James I and VI Christmas and New Year 1603-4.

Above is the stunning King’s Staircase by Italian artist Antonio Verrio, leading to William III’s apartments. Below is the Queen’s Staircase that is equally decorated. 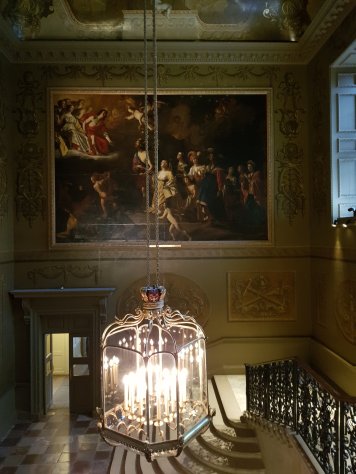 17 thoughts on “Hampton Court Palace: A Look up to the Ceiling”