In weather not so surprising for April in Scotland, I visited Edinburgh Castle earlier this week on a cold day that was mostly drenched in fine rain. 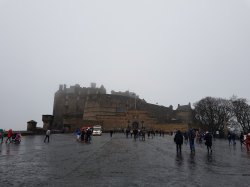 Edinburgh Castle sits high at the top of an extinct volcano that boasts impressive views on a clear day. There has been a castle on this site since the twelfth century and it was the home of the Scottish monarchs until King James VI (King James I and VI) took his family to London in 1603 when Queen Elizabeth I died. 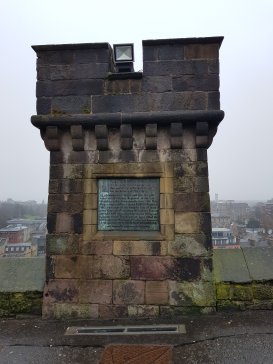 The castle sits at the top of the Royal Mile and both times I have visited its been heaving with tourists, even on a miserable spring day like this week. 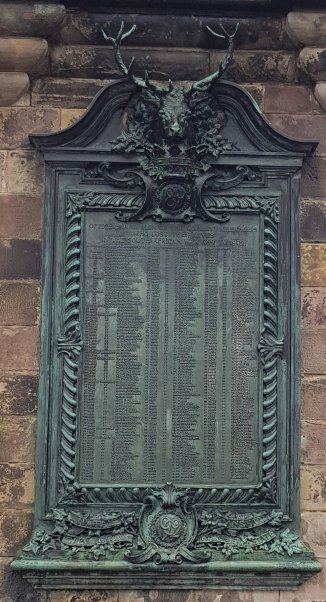 It’s a grand and impressive entrance to the castle, with multiple memorials lining the run up to the portcullis, a few photographs of which I’ve added to this post.

It was heaven to explore the castle in weather like this – who would have thought castle dungeons could be so welcoming?